Jason Statham stars in this Guy Ritchie directed crime thriller about an armored car company in Los Angeles. When Statham’s character gets a job at the company, it soon becomes apparent that he is no ordinary guard, and he has a major score to settle just as a major heist is getting underway. Wrath of Man is an English language remake of the 2004 French thriller Cash Truck (Le Convoyeur).

The profoundly violent film just tries so hard to be overly-macho, from its cheesy, nonsensical and convoluted story, eye-rollingly corny dialogue and a score lifted straight from 2015’s Sicario. Pointlessly sexist with tinges of homophobia, at times Wrath of Man feels like an unintentional parody of a Guy Ritchie movie. Statham was more entertaining in the spoof of his same killing machine character in the 2015 Melissa McCarthy comedy Spy. Josh Hartnett, Andy Garcia and Scott Eastwood also co-star, in very one-note, one-dimensional roles.

Ritchie’s prior effort, 2020’s The Gentlemen, was a clever, well executed caper that had style and charm. This humorless, confusing film has none of that. While it may serve as mindless entertainment for viewers looking solely for mindless shoot ’em up action (with heavy emphasis on mindless), Wrath of Men is a phoned-in, douchy misfire.

• After 2005’s Revolver, Wrath of Man is the second Guy Ritchie film set in the United States, although most interior scenes, including the armored car base, were actually filmed in England.

• Jason Statham and Scott Eastwood also co-starred in 2017’s The Fate of the Furious. 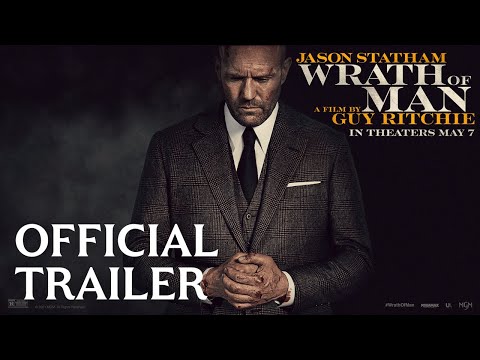