This 2017 UFO documentary starring Dr. Steven Greer, founder of The Disclosure Project, makes the claim that for more than 70 years, a black ops group has been funneling billions of unaccounted taxpayer dollars into a secret program to communicate with and monitor extraterrestrial visitors concerned about our nuclear program.

Greer says it is a massive secret kept secret even from the President and the CIA and features technology that, if made public, would fast forward Earth into a green energy era no longer dependent on fossil fuels. The film includes reams of footage of UFO sightings as well as archival testimonials from astronauts and interviews with former military and government officials.

In an era when entertainment media is saturated with sensationalistic junk TV shows about UFOs and alien encounters, Unacknowledged manages to draw viewers into its narrative without feeling utterly ridiculous. Voiced over by Giancarlo Esposito (Breaking Bad), the film has a lot of fascinating information – some that, if true, would be life changing for the entire planet. Among its highlights – details about the now famous, alleged 1947 recovery of a crashed alien spacecraft near Roswell, New Mexico, as well as the aggressive government misinformation campaign to hide those encounters in plain sight – all while creating their own reverse-engineered replicas of recovered alien spacecraft.

Some of the pretty out there conspiracy theories – in particular, one involving the death of Marilyn Monroe – are eyebrow raising to say the least, but the documentary’s straightforward, information packed approach creates a film that, for believers, will reaffirm that the truth that is out there, and for skeptics, will be a highly-entertaining film with some interesting stories that gives the X-Files a run for its money.

• The CIA (Central Intelligence Agency) was created in 1947 – the same year as the alleged Roswell UFO incident.

• The CIA publicly acknowledged the existence of Area 51 in the Nevada desert in 2013. The remote, smooth dry lake bed of nearby Groom Lake was an ideal spot for testing new aircraft technologies as well as fueling speculation that it was where the alleged crashed alien spacecraft recovered near Roswell, NM was stored.

• Steven Greer is an American UFOlogist and retired trauma doctor who founded The Disclosure Project in 1993 to grant amnesty to government whistle-blowers willing to violate security oaths and share insider knowledge about UFOs. 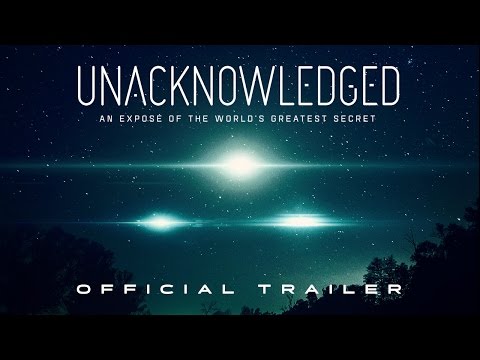