This HBO Max documentary is a deeply personal recap of the life and career of music icon Tina Turner, from her unhappy childhood in Nutbush, Tennessee, her early years of physical abuse with Ike Turner, her later years as a solo artist, and her current life in retirement in Switzerland. Tina, who has suffered from serious health issues in recent years, has called this film her farewell to her fans.

And what an incredible film it is. Oscar-winning writer/directors Daniel Lindsay and T.J. Martin (Undefeated) churn out reams of archival footage in this huge crowdpleaser, with highs and lows as fascinating and energetic as Turner’s own live performances. It doesn’t just provide excerpts – it provides full performances to give viewers as much of The Tina Turner Experience as possible. It closely mirrors “Tina: The Musical,” which has gotten rave reviews in London and Broadway. Although Tina has experienced a hard, unhappy life for most of her 81 years, the recurring theme of the documentary is about her resilience and triumph. There are lots of surprises in the film – among them – her complicated relationship with her mother who abandoned her as a child, interiors of her previously abandoned home with Ike in Los Angeles, how “What’s Love Got To Do With It” came to be her biggest hit and a very rare glimpse inside her life and home with husband Erwin Bach in Zurich, Switzerland. As always, Tina gives us everything. And as live entertainers go, she’s simply the best.

“I am heartbroken. Rhonda was my dear friend and confidant. She believed in me before anyone else did and I will sorely miss her kind heart, humor and wise counsel. I will forever cherish her friendship. Rest in Peace.”  – Tina Turner

• Adrienne Warren is nominated for a 2021 Tony Award for her performance in Tina: The Musical. Turner had a large role in the development of the show.

• Tina Turner had a stroke and had to relearn how to walk in 2013, three weeks after her marriage to longtime partner Erwin Bach. She was diagnosed with intestinal cancer in 2016. And her husband Erwin donated one of his kidneys for her kidney transplant in 2017. 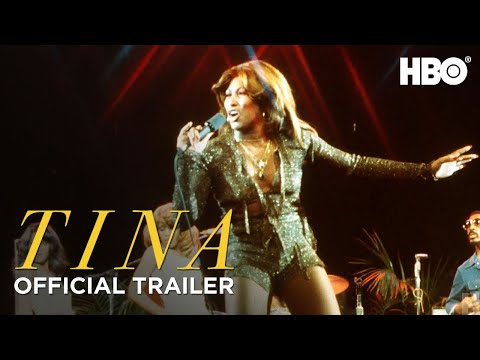