This jaw dropping 2009 documentary follows a year in the life of the notorious White family of Boone County, West Virginia – a self-described clan of violent, law breaking, drug abusing, dysfunctional hillbillies living on the dole, thanks to their patriarch declaring them all legally insane. It is produced by the same folks that brought us MTV’s crude 2002 daredevil film, Jackass.

The fact that some of the interviews with family members require subtitles pretty much tells you all you need to know about this surreal trip through hopeless, trailer trash America. Proudly showing off their “hustle, rustle and bustle” lives of lying, cheating and stealing from practically everyone, director Julien Nitzberg gives us damning portrait of a segment of American society spawned from impoverished, coal mining country. Their uneducated, amoral, fatalistic, dog-eat-dog view of the world is not surprising – but it is pitiful.

The shock value of the plotless film wears off after the first half hour – its turning point occurring when hospitalized family member Kirk White puts her newborn baby to bed so she can snort a line of crushed up prescription meds. (The state later takes her child from her.) The one redeeming aspect of this otherwise pointless film is that no matter how bad your own life may be, at least it isn’t this.

• The 1991 PBS documentary Dancing Outlaw made a cult legend out of West Virginia clog dancer and gasoline huffer Jesco White.

• Controversial writer/director Julien Nitzberg is best known for his controversial 2006 musical, The Beastly Bombing or A Terrible Tale of Terrorists Tamed by the Tangles of True Love, which portrays Al Qaeda terrorists as lovable scalawags during their efforts to blow up New York’s Brooklyn Bridge.

• Filmmakers decided to spend a whole year with the Whites after reviewing footage from a three day visit with them. 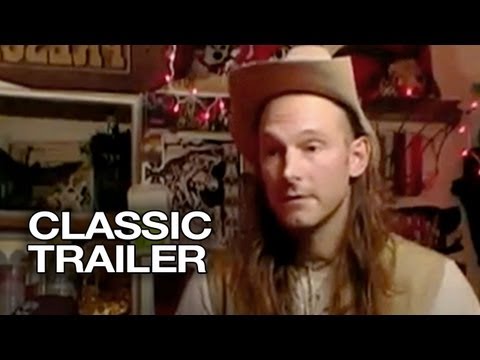