The People We Hate at the Wedding

A family wedding in London becomes the setting for a group of dysfunctional, estranged family members to come together and sort out their lingering grievances with one another in this Amazon Original comedy starring Oscar-winner Allison Janney (I, Tonya), Kristen Bell and Tony-winner Ben Platt (Dear Evan Hansen).

So the plot of this clichéd story is beyond predictable, and the writing is pretty mediocre, but even so, the trio, along with Cynthia Addai-Robinson (Spartacus) as the oldest daughter/bride from mom’s first marriage and Dustin Milligan (Schitt’s Creek) as a man the other daughter (Bell) meets on her flight to London at least makes for a breezily entertaining, raunchy comedy. There are enough chuckles to get past some silly, contrived storylines.

Bell and Platt’s dysfunctional siblings are pretty unlikable in the first half of the film, but over time they start to at least show more heart, as the story addresses some of the motives behind the questionable choices we make as adults and the lengths compassionate parents will go to protect their children’s feelings. Bell provides the emotional heart of this fun but quickly forgettable comedy, with Milligan’s character providing both the common sense and charm.

• Dustin Milligan was born in Yellowknife in Northwest Territories, Canada. He’s been in a relationship with actress Amanda Crew (Silicon Valley, Charlie St. Cloud) since they met on the set of 90210 in 2010.

• Director Claire Scanlon (The Good Place, Fresh Off the Boat, Unbreakable Kimmy Schmidt) won a 2013 Emmy for editing the finale of the comedy series, The Office. 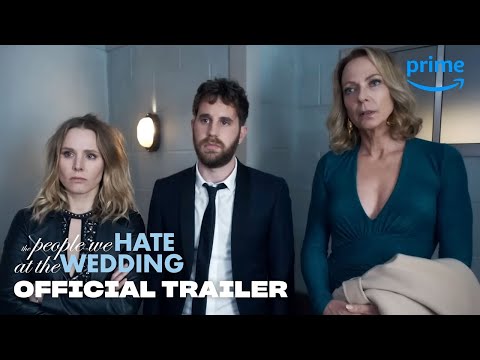