After suffering a mild stroke, Judith (Barbara Hershey) is admitted to a luxurious assisted living facility, where she starts to believe something supernatural is killing its elderly residents, in this horror/mystery that is part of Amazon’s “Welcome to the Blumhouse” horror anthology.

Buried somewhere deep within this film is an intriguing story about the twin horrors of isolation and paranoia associated with nursing home living. But sadly, we don’t find much of that in The Manor – just a bit, when Judith discovers she can’t keep her cellphone nor walk around outdoors on her own.

At least an excellent Barbara Hershey elevates the very mediocre script from writer/director Axelle Carolyn (Soulmate), which feels like an old folks home spin on the much more clever, 2006 boarding school horror, The Woods. The supporting cast includes Bruce Davison and Jill Larson (The Taking of Deborah Logan) as two of the more lucid residents, with Nicholas Alexander (Good Girls) as her devoted grandson who starts to believe grandma’s tales of sinister goings on.

With plot holes galore, a laundry list of horror cliches, and some really silly twists, The Manor’s big climax feels more like borderline camp than anything resembling horror. The monster in the film is effective enough, but The Manor’s greatest flaw is the sheer implausibility that a character as quick-witted as Judith would ever allow herself to end up in such a place. Still, her evolution towards instability is remarkable, aided by a slick looking production. But this latest addition to Amazon’s lackluster “Welcome to the Blumhouse” lineup that includes The Lie, Nocturne, Madres and Black as Night is pretty average, not so scary filler.

• Barbara Hershey was nominated for an Oscar for Best Supporting Actress in 1997’s The Portrait of a Lady.

• Ozzie the cat is based on Oscar, a therapy cat at the Steere House Nursing and Rehab Center in Providence, Rhode Island that since 2005 has visited more than 100 patients in the final hours of their lives.

• The Manor was filmed at Stimson House, a Los Angeles historical landmark that was the city’s most expensive mansion when it was built for lumber and banking millionnaire Thomas Stimson in 1891. ` 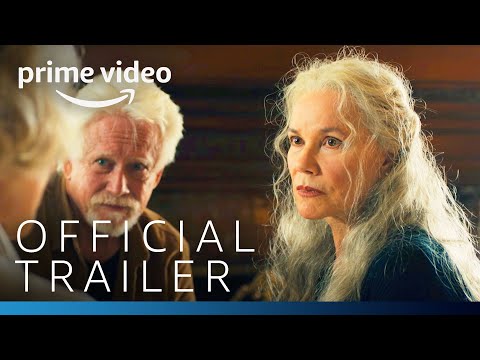