A socially-awkward marine biologist finds herself in trouble when a rusty old Irish fishing trawler – her home base for a research project – is ensnared by a mysterious creature while at sea.  Before long, the crew finds itself in the midst of a mysterious and gruesome parasitic infection.

The story from Irish writer/director Neasa Hardiman (Jessica Jones, Happy Valley) starts off well enough, with a promising, claustrophobically creepy setting (you can almost smell the fish and motor oil), some decent phosphorescent visual effects, and a couple of established actors – Connie Nielsen (Wonder Woman) and Dougray Scott (Mission Impossible II, Ever After). But after about 30 minutes, in creeps the dread as we slowly realize this sci-fi/horror is just another old clunker set adrift on a sea of mind numbing horror tropes. And it isn’t even scary.

Hermione Corfield makes the most of her refreshingly unique role as nerdy scientist-cum-hero, and the story’s authenticity and lack of cheap jump scares makes it a bit more high brow, although you will still find yourself dozing off waiting for its dull as dishwater ending. At least the self quarantining aspect of the story is somewhat relatable during our current COVID-19 pandemic. And hey, the trailer is actually quite good.

• Writer/Director Neasa Hardiman says she wanted to have a hero who was a scientist, making her socially awkward to help explain why regular folks might be threatened by intellectualism. • Danish-born Connie Nielsen (Wonder Woman, Gladiator) speaks eight languages and until 2012, was in an eight year relationship with Lars Ulrich, drummer and co-founder of the American heavy metal band Metallica. They have a son together. 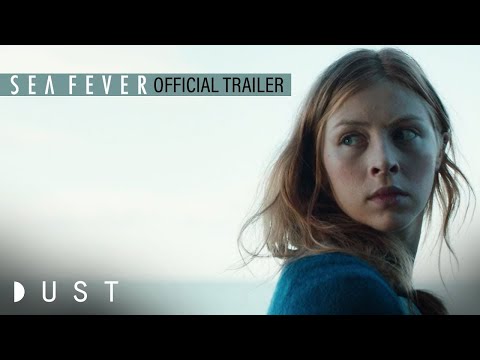