Two couples dealing with a devastating tragedy meet in a church basement, where they attempt to reconcile their hurt, their anger and their frustration, in this directorial debut from film, television, and Broadway actor Fran Kranz.

With the look and feel of a stage play adapted to the big screen, Mass is a claustrophobic, uncomfortably realistic portrait of devastating personal loss and how the families both of the murdered and of the murderer each cope with their trauma. It is old fashioned, thought-provoking screenwriting at its best.

Kranz fills his film with an impressive attention to detail that lets his equally impressive cast truly shine. The powerful, subtle ways in which Martha Plimpton, Jason Isaacs, Reed Birney and especially Ann Dowd (Hereditary, The Handmaid’s Tale) react with one another is incredible. You feel their pain. From the film’s first moments, you know you are in for a dark and very intimate ride.

The only real weakness in Mass is the initial setup, which lingers a bit too long on the supporting players – Breeda Wool, Michelle N. Carter and Kagen Albright. While all the awkward moments build the suspense and sense of mystery, less would have been more effective. That, and too many shots of the field where the school once stood, are clumsy, repetitive distractions. But for a debut, Kranz has proven himself to be an impressive screenwriter and quite the actor’s director. Well done.

• Film, TV and Broadway actor Fran Kranz has appeared in The Cabin in the Woods, season two of Homecoming, and M. Night Shyamalan’s The Village.

• Filmed in Sun Valley and Hailey, Idaho in just 14 days, Mass is winner of the 2021 Independent Spirit Robert Altman Award.

• Breeda Wool’s big breakout role was as contestant Faith in the Lifetime TV series UnREAL, about the behind-the-scenes shenanigans and contestant manipulation during the production of a Bachelor-type dating competition. 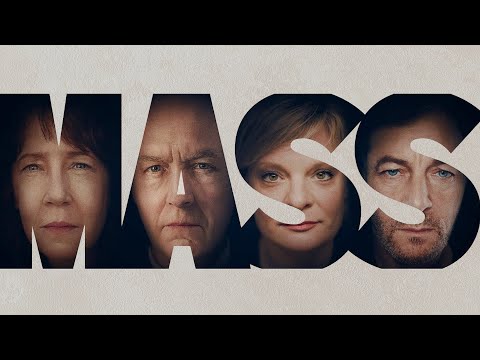