This is director Ondi Timoner’s expanded version of her 2018 biopic about controversial 1970s and 80s artist and gay provocateur Robert Mapplethorpe, starring Matt Smith (Doctor Who, The Crown, Morbius). The additional 12 minutes includes Mapplethorpe’s childhood love of photography, his tenuous relationship with his father and his ambivalence towards his Catholic faith.

When a director’s cut of a sexually charged film is released, there is an expectation that it will be more interesting, or at the very least, more titillating. In this case, not so. Timoner’s Mapplethorpe is a superficial, paint-by-numbers portrait in ten different shades of beige. How could Timoner make BDSM-themed, homoerotic photography so incredibly dull? Also surprising, the director best known for her documentaries Dig! and We Live in Public fails to flesh out any of the characters in the film. Mapplethorpe’s wealthy lover and art patron Sam Wagstaff (John Benjamin Hickey), his younger brother Edward (Brandon Sklenar) and lifelong bestie, punk rocker Patti Smith (Marianne Rendon) are all one dimensional. Also strange, after obsessing over Smith in the first half, the film completely ignores her until a brief appearance in the finale.

Not surprisingly, such a boring screenplay yields a phoned-in performance from Smith, whose Mapplethorpe comes off more as an unlikable, ill-tempered horndog who liked taking pictures of big dicks than the uniquely charming artist with a knack for seducing everyone he met. If Mapplethorpe were alive he would absolutely hate this bland, unremarkable film. But since he’s not, his fans will have to hate it for him. Watch the 2016 documentary Mapplethorpe: Look at the Pictures instead. Most of this film’s screenplay appears to have come straight from it.

• James Franco and Zosia Mamet were originally set to play Robert Mapplethorpe and Patti Smith in the film, which was shot in just 19 days.

• Patti Smith’s 2010 memoir Just Kids chronicles her life-long friendship with Mapplethorpe. She promised him while on his deathbed that she would write the memoir, which won the 2010 National Book Award for Nonfiction. 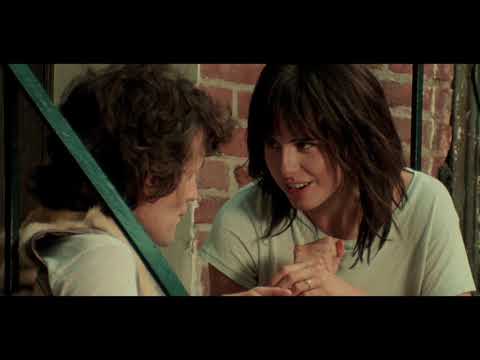