Love on the Spectrum – Season 2

Michael, Chloe, Mark and several other young Aussies are back in this second season of the wildly popular, endearing series on Netflix about young adults on the autism spectrum and their search for romance.

In addition to several returning fan favorites, this season’s six 45 minute episodes feature some new members, as they navigate the tricky waters of dating while working with relationship specialist Jodi Rogers. This is a dating show unlike any other, showcasing the wide range of people on the autism spectrum, and the various dating challenges they each face.

The show is informative, emotionally moving, and extremely funny, without ever being condescending to its lovable cast. It also isn’t afraid to tackle tough issues, even addressing the December 2020 COVID death of Gilligan’s Island star Dawn Wells, whom excited fanboy Michael Theo met during Season One.

After show creator Cian O’Clery’s extremely popular, heartwarming Season One, some might have feared a sophomore slump. Not so – this season is filled with enough twists and heartfelt moments that the series is guaranteed to make even the hardest heart well up with emotion. Spoiler alert – that ending is going to have you reaching for the tissues.

• During a radio interview in August 2020, Michael Theo’s mother Vanessa said that it never was an option to put her highly functional autistic son in a school for autistic children, fearing it would limit his future growth.

• Season One’s Thomas and Ruthie Wyndham, “the spicy chicken masala” to his “mild mango chicken,” got married in July 2020 and live in a new house. Ruthie updates their life with photos of their cats and chickens on her Instagram page,  @autistic_anecdotes.

• Olivia Sharpe (@Puffs_Pride) continues to act in her local theater in New South Wales and came out as bisexual after Season One. 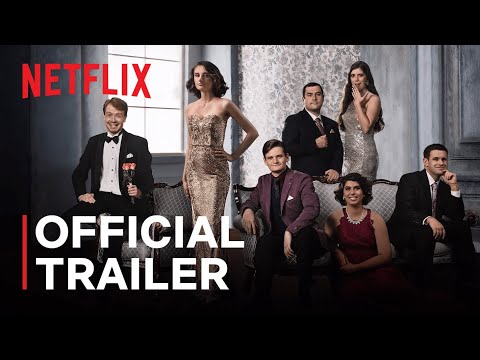