Natalie, also known as Honey Bee, is an innocent looking, tough talking, underage truck stop prostitute. When she gets nabbed by the cops and placed with a foster family in Northern Ontario, Natalie is forced to start a new life, despite her self-destructive attraction to her old one, in this drama on Tubi’s free streaming service and Amazon.

Director Rama Rau (League of Exotique Dancers, The Daughter Tree) draws upon her vast background tackling complicated documentary topics in this story about the psychological conditioning that leads to Honey Bee’s pattern of poor decision making. The screenplay from Bonnie Fairweather and Kathleen Hepburn is a no-frills look at teen prostitution as seen from the prostitute’s perspective.

Julia Sarah Stone (Come True) is the glue that makes this simple, straightforward story work. She is outstanding as the troubled girl who constantly fights those genuinely trying to help her, while being drawn to her horrible, gaslighting pimp/sex trafficker boyfriend. Martha Plimpton and Michelle McLeod (Don’t Talk to Irene) are both excellent in supporting roles as her foster mother and Natalie’s very chatty and quirky foster sister, Chante. The finalé, while a bit contrived, is grounded in enough reality to make it believable.

• Julia Sarah Stone won her second Leo award, honoring the best in British Columbia’s film and television industry, in 2019 for her performance in Honey Bee for Best Lead Performance by a Female in a Motion Picture. She won her first Leo in 2015 for the family drama, Wet Bum.

• Martha Plimpton (Goonies, Raising Hope) appears as Megan in the HBO series Generation, about high schoolers exploring their sexuality in a modern world. 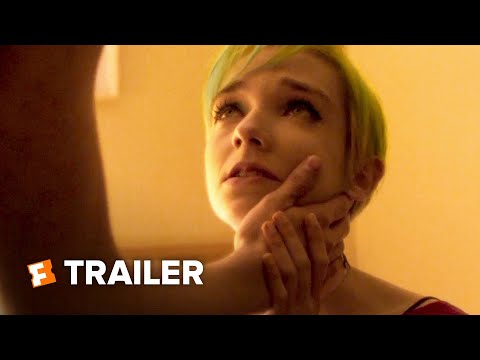