Bette Midler, Sarah Jessica Parker and Kathy Najimy star in this family-friendly, 1993 comedy/fantasy about a coven of dimwitted, child-eating witches accidentally conjured back to life in Salem, Massachusetts, 300 years after their execution.

Nevermind that the black cat CGI is horrendously bad and much of the slapstick humor is mind-numbingly corny – this comedy is all about the fun visuals and Midler’s rousing rendition of “I Put a Spell on You.” Midler is campy good as the eldest Sanderson sister Winifred, with Najimy and Parker her even sillier, dumber younger sisters, Mary and Sarah. The costumes are excellent and the visual gags (i.e. Najimy riding a vacuum cleaner in place of a broom) are cute, as are the kids – played by Omri Katz, Thora Birch and Vinessa Shaw.

Viewers unfamiliar with the nostalgic, cult following surrounding this silly comedy likely won’t get its enduring popularity. The story is dated, and frankly, not all that interesting. But for those who’ve grown up with Hocus Pocus it is a crowd pleasing, annual Halloween tradition, like a plastic jack-o’-lantern filled to the brim with candy. 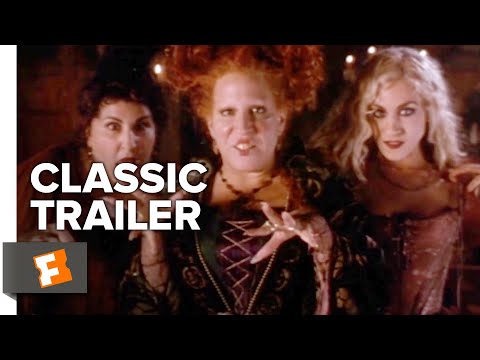