Produced by Seth Rogan’s Point Grey Pictures, the same team that brought us the sweet and hilarious Blockers, but also the stinkers Sausage Party and This is The End, this raunchy comedy could have gone horribly off the rails, and not every joke lands, but many of those that do are laugh out loud hysterical. Jacob Tremblay (Room, Wonder), Brady Noon (Boardwalk Empire) and Keith L. Williams (The Last Man on Earth) strike the perfect balance of sweet-natured naivety amidst shocking risquéness that makes this breezy comedy great fun. The story even works in a wistful, more grown-up message about that bittersweet moment when you realize you are outgrowing your childhood playmates that you’d sworn you’d be friends with for life.

Writer/directors Gene Stupnitsky and Lee Eisenberg (Bad Teacher) rely a bit too much on the one-note schtick of kids repeatedly dropping F-bombs and being completely clueless about sex, but the story has enough mindless laughs, as well as reminders of the trauma of being a tween, to make it a silly good time.

• Writer/directors Gene Stupnitsky and Lee Eisenberg will be producing the upcoming Bad Teacher 2, the sequel to the the 2011 comedy that starred Cameron Diaz and Justin Timberlake.

• Will Forte, Jacob Tremblay and Keith L. Williams all worked together in the 2015 comedy series The Last Man on Earth.

• Jacob Tremblay and Millie Davis (Brixlee) previously worked together in the 2017 film Wonder. 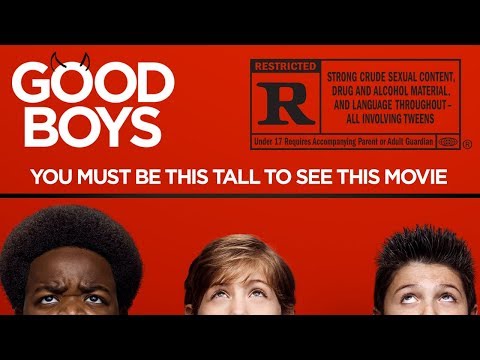