Writer/director Keith Behrman does something in this teenage coming of age indy film that few other directors have achieved – he has created a realistic, heartfelt movie with something important to say about the murkiness of teen sexuality, without oversimplying his message, relying on clichés or talking down to his audience. Despite a slow and somewhat clumsy first act, the film has a strong millennial point of view, supported by a solid ensemble cast – Josh Wiggins and Darren Mann as the two boys, Taylor Hickson as Ballas’ sister, and Niamh Wilson (Saw III through VI) as Franky’s potentially transgender-oriented friend, Mouse.

The excellent soundtrack and subtle body language of the cast breathes life and believability into this poignant and complicated tale, proving a movie doesn’t have to have a tidy Hollywood ending to be good.

• In addition to playing Franky’s mom in Giant Little Ones, Maria Bello (Macfarland USA, Lights Out) is one of its executive producers.

• Giant Little Ones star Josh Higgins can next be seen later in 2019 in Light From Light, a drama starring comedian Jim Gaffigan and Marin Ireland.

• Canadian singer/songwriter Taylor Hickson, who  also appeared in Deadpool, can also be seen in the SyFy network series Deadly Class. 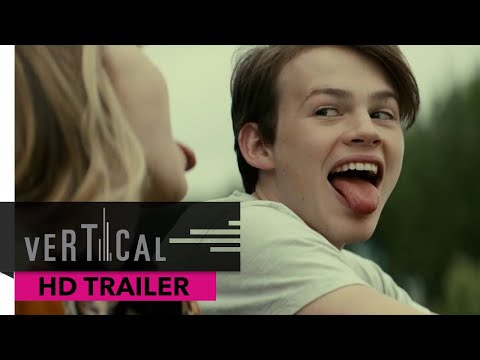