In the follow up to profiles of Albert Einstein and Pablo Picasso, Season Three of the National Geographic/Hulu docuseries Genius focuses on the life story of Aretha Franklin. Emmy, Grammy and Tony award winner and Oscar nominee Cynthia Erivo (Harriet) portrays the Queen of Soul.

The series is at its best when Erivo is belting out Franklin’s songs. She truly is sensational. Where it falls short is in yet another clumsy, shallow screenplay from Pulitzer Prize winning playwright Suzan-Lori Parks (The United States vs. Billie Holiday). There are also some jarring lip synchs in the flashbacks of a young Aretha, and some strange, unflattering storylines which omit major facts yet over-embellish others, portraying Franklin and the men in her life as not so nice, career-obsessed opportunists. And never do we get to hear Franklin’s classics “Respect,” “Natural Woman” or “Think.” These are very strange choices for a tribute series.

Courtney B. Vance (Lovecraft Country, The Photograph) leans into his portrait as Franklin’s cartoonish, philandering Baptist preacher father, as does Malcolm Barrett as her abusive manager/husband and part-time pimp, Ted White.  Shaian Jordan, as Little Re, is terrific – actually connecting more emotionally than does Erivo.

Genius: Aretha is worth seeing just for Erivo’s singing, which elevates this mediocre series, and for those casual fans unfamiliar with Franklin’s life story. But, despite a rousing finalé, the miniseries will frustrate hardcore fans wanting more depth.

• The third season of National Geographic’s Genius originally was supposed to be about Frankenstein author Mary Shelley but was changed to Aretha Franklin following her death in 2018 at age 76, after an eight year battle with pancreatic cancer.

• The late singer’s family is asking fans to boycott Genius: Aretha, saying they were not consulted during its production. National Geographic says it had permission to make its series from Franklin’s estate, which is a separate entity amid ongoing disputes over the singer’s will.

• A big screen biopic titled Respect, starring Jennifer Hudson and filmed with input from Franklin’s family, is scheduled for release in the Summer of 2021. 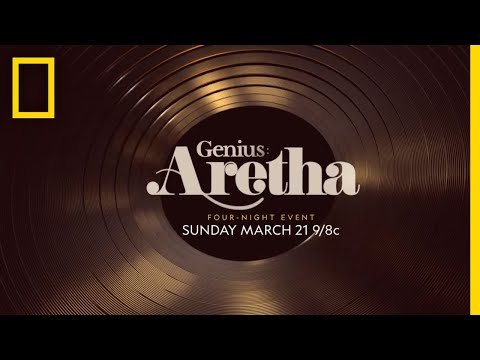