Don’t let the boring high school science documentary title fool you – Fantastic Fungi is a fascinating, inspiring film on Netflix about the astounding world of fungi and mushrooms. The film traces the history of these living organisms, as well as their mysterious healing properties.

With narration by Brie Larson (Captain Marvel), the first half is a visually groovy nature documentary, with lots of time lapse photography showing fungi breaking down dead animals and plants as they play their critical role in maintaining the planet’s equilibrium. Then the film suddenly switches gears into a treatise on the magical physical and psychological healing properties of mushrooms, with a focus on self taught, renowned Washington state mycologist Paul Stamets.

The argument that Stamets and other mushroom enthusiasts make is a pretty compelling one – that just as these intelligent fungi have kept Earth going since the beginning of time, they might be what we should be looking at more closely to help cure our own various ailments. This mystical, “get back to basics” approach focuses not only on fungi as an effective biological pesticide but their use in medicine, from penicillin as a standard antibiotic, to Turkey Tail mushrooms to treat cancer, and microdoses of psychedelic mushrooms, psilocybin, to treat depression, PTSD and other psychological ailments.

Whether you buy into the premise or not, the barrage of heady topics in Fantastic Fungi are deftly woven together by writer Mark Monroe (Icarus, The Biggest Little Farm). Director Louie Schwartzberg’s visually gorgeous film is rooted into a format that is as quirky as many of his human subjects’ personalities. The film’s production values are a solid B but the subject matter itself is a fantastic A+.

• Fantastic Fungi is the offshoot of Paul Stamets’ Ted Talk about his mother’s recovery from Stage 4 breast cancer after her treatment of Turkey Tail mushrooms.

• Only about 3% of the world’s known mushroom varieties are poisonous. Amanita Phalloides, also known as the death cap, accounts for the majority of the world’s fatal mushroom poisonings. Half of a mushroom has enough liver-destroying, heat-resistant toxin to kill a person. Symptoms begin 6-12 hours after consumption and include nausea, vomiting, jaundice, seizures, coma and death. 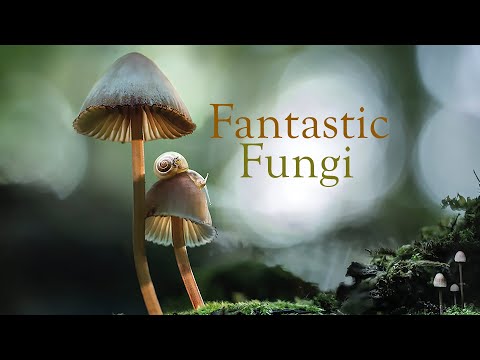