Alison Brie stars in this dark comedy about the manager of an Italian restaurant in Bakersfield, California who dreams of glamour and romance when she is chosen to attend the restaurant chain’s food conference in Italy. But upon her arrival in Tuscany, she finds herself in a very different, surreal adventure.

Co-written by Brie and the film’s director Jeff Baena (Horse Girl, Life After Beth), Spin Me Round is a bizarre mashup of comedy and cringeworthy satire about middle class naïveté, where nothing is what it initially seems and where constant disappointment is the norm. The hotel turns out to be a dump, the cooking classes are a joke, and the event’s organizers have ulterior plans for the attendees.

With such a solid cast, you’d think Baena has created a comic masterpiece. Sadly, he hasn’t. While Spin Me Round does have a few chuckles and some cleverly absurd moments, its bizarre mix of dark comedy, silly misunderstandings and icky awkwardness never really gels. Instead, it feels like a lot of not-so-funny inside jokes, tossed into a sluggishly paced, mildly entertaining cringe-fest.

• Alessandro Nivola is married to actress Emily Mortimer. They have two children and live in Brooklyn.

• Spin Me Round was filmed in Italy’s Tuscany region. 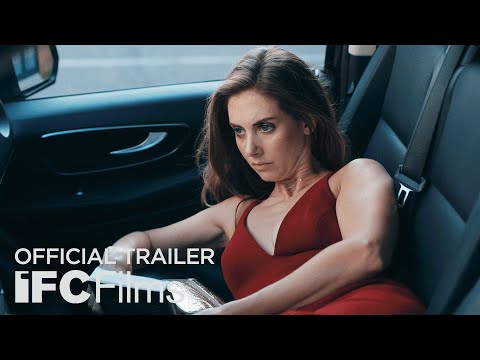