Imagine an alternate reality where The Beatles, the most influential band of all time, never existed but YOU know all their songs and can pass them off as your own creations. Such is the premise of this musical rom-com fantasy starring Himesh Patel (EastEnders) as a struggling musician with a sudden opportunity for fame after a simultaneous planetary blackout/bus accident changes his life forever.

Yes, the premise is silly, and the story drags on a bit in the middle, but this breezy, character-driven tale is also very endearing and fun. Patel’s impressive singing ability is matched by impeccable comic timing, as his Jack Malik churns out the music group’s songbook while discovering – via frantic Google searches – other things that hilariously no longer exist in his new alternate universe. Lily James (Cinderella, Mamma Mia! Here We Go Again) is equally adorable as his lovesick manager stuck in the friend zone with additional laughs from pop star Ed Sheeran as a more self-deprecating  version of himself and Kate McKinnon (The Spy Who Dumped Me) as an unscrupulous record company executive.

Screenwriter Richard Curtis (Love, Actually; Notting Hill) and director Danny Boyle (Slumdog Millionaire) have crafted a charming love story that, in addition to being a fun walk down Penny Lane, has several clever twists, all the while delivering a sweet, subtle message – that it is a happy life that is a successful life – not necessarily vice versa.

• Director Danny Boyle, who achieved the rare feat of securing the rights to 17 Beatles songs in Yesterday, says the response from The Beatles has been positive, with lovely messages from Ringo Starr, Paul McCartney and George Harrison’s widow, Olivia. John Lennon’s widow, Yoko Ono, has also been complimentary.

• Ed Sheeran, whose part originally was intended for Coldplay’s Chris Martin, says in real life that The Beatles are the inspiration for his songs. 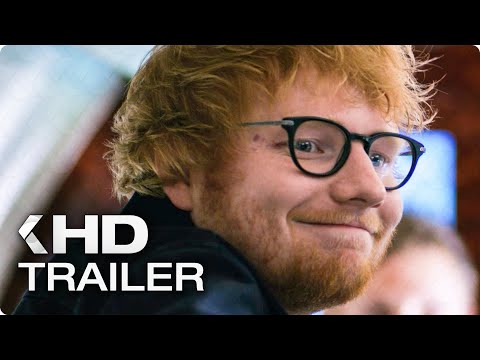