Plagued by a false rumor that she hooked up with a classmate and freaked out by a steamy AOL cyber chat, sexually confused Midwestern good girl Alice agrees to attend a Catholic church youth retreat to save her soul from eternal damnation, in this low budget, indie comedy set in the early years of the internet age.

Natalia Dyer (Stranger Things) is super cute as the naive teenager clumsily navigating through her burgeoning lusty urges, while exacting subtle revenge on the hypocrites around her. The ensemble cast –  with Timothy Simons (Veep) as the sexually-repressed, judgmental priest, Francesca Reale as Alice’s fickle frenemy and Wolfgang Novogratz (Sierra Burgess is a Loser) as the the sexy but prudish retreat counselor – helps complete the overwhelming sense of frustration, as well as a few chuckles.

With a nod to the clunky, circa 1990s AOL chat rooms and those now oh-so obsolete Nokia cell phones, writer/director Karen Maine (co-writer of 2014’s Obvious Child) captures the melodrama of teen sexual awakening and stifling religious hypocrisy of the early internet era.  And at an hour and 18 minutes, the slight but charming film knows when not to overstay its welcome.

• Wolfgang Novogratz (Sierra Burgess is a Loser) now has been in films with both Stranger Things co-stars Natalia Dyer (Nancy) and Shannon Purser (Barb). 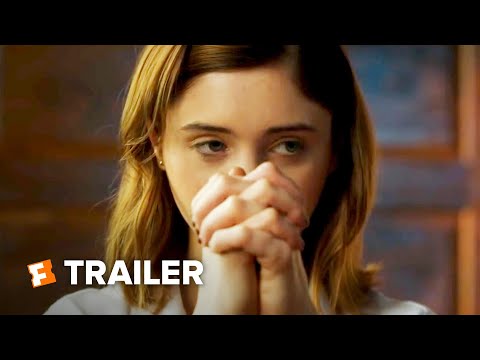