When We Were Bullies

More than 55 years ago, documentary filmmaker Jay Rosenblatt says he and his classmates viciously attacked a fellow 5th grader after school in Brooklyn, New York. This documentary short examines that bullying incident.

Using interviews, stock 1950s black-and-white classroom footage, and stop-motion animation of his 5th grade yearbook class photos to re-enact the attack and illustrate recent phone interviews with classmates, When We Were Bullies is a 36-minute film conceived after a coincidental meeting Rosenblatt says he had with the fellow classmate who was the instigator of that bullying attack.

Technically, the stop-motion animation sets the stage for an interesting story. The big problem? There is no story. Most of his other classmates don’t remember the incident, and those that do have only vague recollections of it.

So instead, Rosenblatt turns his film into a cringeworthy, self-serving vanity project where a shockingly tone-deaf Rosenblatt, as an adult, AGAIN bullies his childhood classmate, first, by making this film without his consent (Rosenblatt says he chose not to interview him), then by making it all about himself, as he tries to justify that his own trauma – the tragic death of his younger brother the year before – somehow makes HIM the victim. (One can only imagine the disgust the target of the bullying must feel learning about this film’s existence.) Rosenblatt’s now 92-year-old 5th grade teacher said it best – no one wants to hear about this. Rosenblatt apparently doesn’t realize it – but he is STILL a bully.

• When We Were Bullies received a 2022 Oscar nomination for Best Documentary Short, losing to The Queen of Basketball.

• Jay Rosenblatt is the creator of such documentaries as 1994’s The Smell of Burning Ants and 2005’s Phantom Limb.

• To learn more about how you as an adult can help stop bullying, visit: StopBullying.gov 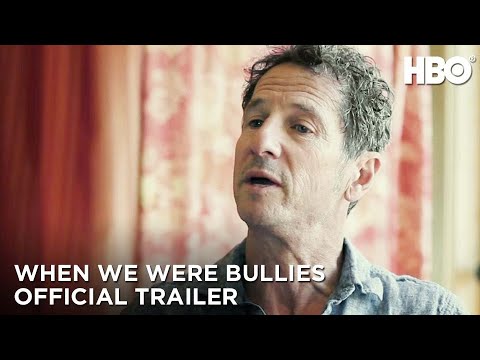