What Keeps You Alive

A lesbian couple celebrating their one year marriage anniversary at a cabin in the Canadian wilderness find themselves caught up in a shocking, deadly betrayal in this psychological horror/thriller currently on Netflix.

Hannah Emily Anderson (X-Men: Dark Phoenix) and Brittany Allen (The Prodigy, The Boys) are both compelling as the duo who ultimately discover that they don’t know each other as well as they thought they did. The low budget film maintains a high degree of tension, and some jolting surprises, at least for the first half of the film.

The second half is where the story runs into some problems. Writer/director Colin Minihan (Grave Encounters) injects his story with just so much melodrama and unlikely plot twists that the film teeters into tediousness by its overly drawn-out finale. Still, an impressive effort.

• Brittany Allen (Jules), who won a Daytime Emmy in 2011 for her work on the daytime drama All My Children, is also a composer, creating the score for What Keeps You Alive.

• Hannah Emily Anderson and Brittany Allen both appeared in the 2017 film Jigsaw, although they never appear on camera at the same time.

• What Keeps You Alive was filmed in Toronto, Canada. 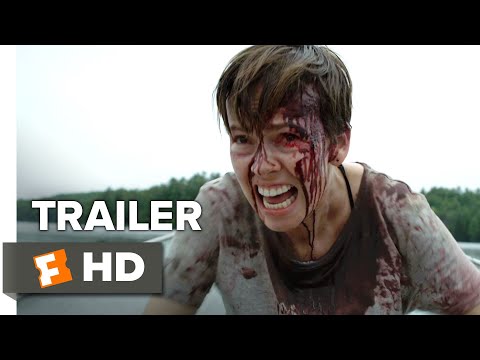