It has been almost 12 years since actress Brittany Murphy, known for her breakout performance in the iconic 1995 comedy Clueless and roles in Girl, Interrupted, Drop Dead Gorgeous and 8 Mile, died suddenly, and mysteriously, at the age of 32. This HBO Max two-part docuseries explores her life and the events leading up to her tragic death.

The miniseries from Emmy award-winning director Cynthia Hill (A Chef’s Life) starts off with the frantic 911 call from Brittany’s mother that fateful night of December 20, 2009, followed by archival footage of New Jersey middle schooler Brittany with her prodigy-like improv skills and magnetic charisma.

We hear about Murphy’s quick rising stardom in Hollywood, followed by some failed relationships and professional setbacks that led to a dramatic physical transformation and weight loss in her bid to become a sexy leading actress, which also led her to failed filmmaker and predator Simon Monjack. Five months after Murphy’s death, Monjack would die of the same combination of pneumonia and anemia compounded by heavy prescription drug abuse.

We learn very little about Murphy in her later years – only that Monjack controlled her, had a VERY checkered past and was sharing a bed with Murphy’s mother in the home that the three shared following Brittany’s death. Contributing to the ick factor is that just as in life, Monjack’s story hijacks the attention from Murphy in the second episode, which includes a tasteless juxtaposition of snipets from Brittany’s acting performances with completely unnecessary and tasteless clips of YouTube makeup influencers speculating about Murphy’s cause of death. With a title ripped straight from the much better documentary What Happened, Nina Simone?, the entire “docu-series” is lurid, tabloidish and tacky – and diminishes Brittany’s memory, which deserves way better than this dreck.

• The last time Sharon Murphy spoke out about her daughter was in a November 2013 letter published in The Hollywood Reporter, responding to her ex-husband’s claims that Brittany’s death was the result of foul play, calling them “madness.” Sharon, who sold the home she shared with Brittany and Monjack for $2.7 million in 2011, is believed to be living in Southern California.

• Director Cynthia Hill told Vanity Fair that the interviews with Najimy and Heckerling was her last two for the project. She says she was able to track down Sharon Murphy and get a message to her, but that Sharon did not respond to requests to be interviewed.

• Director Cynthia Hill says the audition rejection that led to Brittany’s physical transformation was for a role in the Jerry Bruckheimer 2000 musical/dramedy Coyote Ugly that starred Piper Perabo as an aspiring songwriter who gets a job at a trendy bar in New York City. 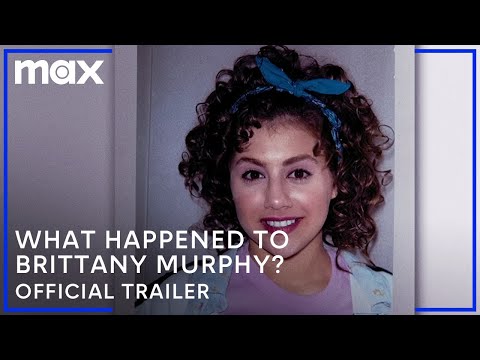