Disoriented by unfamiliar surroundings, a new American immigrant to Bucharest starts to suspect that a stranger staring at her inside her apartment from his residence across the street may be stalking her, in this moody psychological thriller. Alone and unable to speak Romanian, and with her husband working long hours, she becomes further unnerved when she suspects the man in the window may be a serial killer targeting young women in the city.

In their first feature film, co-writer/director Chloe Okuno and cinematographer Benjamin Kirk Nielsen pull out an arsenal of tools to craft a stylish, claustrophobic and dread-filled thriller in which nothing seems quite right and the mundane becomes terrifying. Their version of Bucharest is chilling – colorless, dimly lit and oddly void of people. Okuno uses production design, increasingly muted costuming and even the Romanian language to give the non-Romanian viewer the same isolated perspective of its protagonist whom no one takes seriously.

Maika Monroe (It Follows) gives a terrifically nuanced performance as the increasingly disturbed and potentially unreliable narrator, making us wonder – is she truly being stalked, or is she just losing her mind and becoming a stalker herself? Burn Gorman (Enola Holmes, Pacific Rim) is the uber-creepy man in the window.

While the action is at times a bit slow and the premise is hardly new (we did just endure the awful The Woman in the Window in 2021, after all), this clever, paranoia-based thriller is an even darker, more dour homage to Alfred Hitchcock’s iconic Rear Window with a touch of the equally iconic Rosemary’s Baby, taking emotional isolation and mansplaining to a whole new level. As far as psychological thrillers go, this one from Okuno’s female point of view is excellent.

• Prior to her acting career (Tau, It Follows, Greta), Santa Barbara-born Maika Monroe was one of America’s top professional female kiteboarders. 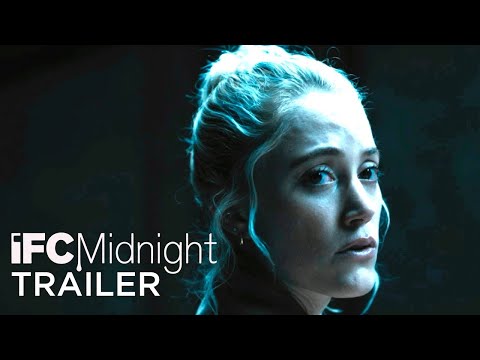