Vox Lux is the tale of Celeste, a young girl who rises to international pop superstardom in 1999 in the wake of a horrific national tragedy. The story touches upon other international tragedies and a personal scandal along the way, culminating in Celeste’s big comeback tour in her hometown on New York’s Staten Island 18 years later.

After a riveting opening sequence, the rest of the story from writer/director Brady Corbet (best known for his acting – as Jack Bauer’s son in the action-spy series 24, and in the Lars Von Trier film Melancholia), devolves into a sloppy, disjointed mess, its various acts hobbled together by Willem Dafoe’s brief narratives and an irritatingly bizarre score. (You know you are in trouble when the end credits “start” the movie.) As far as the acting goes, Raffey Cassidy (The Killing of a Sacred Deer, Allied) is captivating in the first half as the young Celeste, but Natalie Portman (who, along with co-star Jude Law and soundtrack-creator Sia, all served as executive producers) always looks like she is acting, in a disjointed performance that’s more caricature with a bad accent than a character study. Based on Celeste’s (intentionally?) bland, moronic pop tunes and insipid dance numbers in the finale, it appears as though Corbet intended his film to be an indictment of society’s obsession with celebrity over talent, which is ironic since his pretentious screenplay is sorely lacking in the latter.

• Vox Lux marks the fourth collaboration of Natalie Portman and Jude Law, the others being 2003’s Cold Mountain, 2004’s Closer and 2007’s My Blueberry Nights

• Natalie Portman, who replaced Rooney Mara when she dropped out of the film after it was put on hold, shot her scenes in just 10 days. The entire movie took 22 days to film.

• Dance choreography was done by Benjamin Millipied, Portman’s husband whom she met while filming her Oscar-winning performance in 2010’s Black Swan 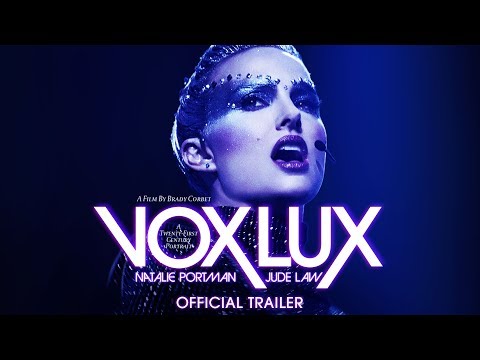