This period drama stars Hugh Bonneville (Downton Abbey) and Gillian Anderson (The X-Files, Sex Education) as Lord Mountbatten and his wife Edwina, whom as the last Viceroy in 1947, had the daunting task of handing independent rule to an increasingly contentious India. Amidst the political and ethnic strife between Hindus and Muslims (many seeking their own independent nation), a romantic drama on a more personal level plays out between a Muslim and Hindu member of the Viceroy’s staff.

Although the film lacks the epicness of its subject matter, director Gurinder Chadha (Bend It Like Beckham) does a fine job of spelling out both the political gamesmanship that resulted in the carving out of Pakistan, and the personal toll it took on millions of people who became refugees as a result. Anderson is particularly strong as the well-meaning Viceroy’s wife, as is Manish Dayal as Hindu staff member in love with a Muslim colleague. Chadha’s incorporation of archival footage from the era also lends the film an added level of fascination.

• This was one of Om Puri’s final films before his death in January 2017. He and Manish Dayal played father and son in 2014’s The Hundred-Foot Journey.

• Gillian Anderson turned down the role of Cora, Countess of Grantham, in the hit TV series Downton Abbey.

• Viceroy’s House was the first film to be released in Britain in two languages: English and Hindi. 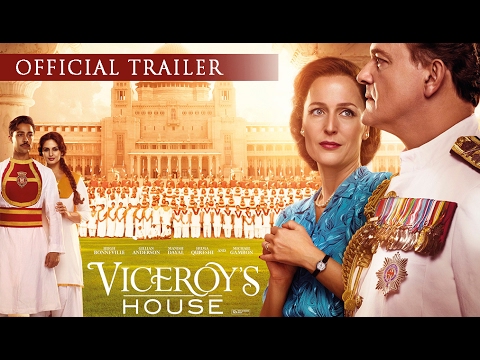