The first standalone film for the titular Marvel Comics character stars Tom Hardy (Mad Max: Fury Road, Dunkirk) as the streetwise investigative reporter who stumbles upon (and gets infected by) the parasitic alien creature brought back from a private space mission – a mission orchestrated by an evil genius (Riz Ahmed) using San Francisco’s homeless population as guinea pigs to test his wacky theory to meld humans with the alien creatures so they can live in outer space.

Um, okay. Venom is the perfect brainless Saturday afternoon matinee – silly to the point of utter ridiculousness, with one dimensional characters and a sloppy, hole-riddled,  paint-by-the-numbers superhero script that is super moronic. But none of that matters because it is surprisingly, and stupidly, entertaining. Fans of comic book films will no doubt gobble up the Sony Pictures CGI effects and action sequences like the cinematic junk food that it is, as the film gives new meaning to the phrase, bite your head off. 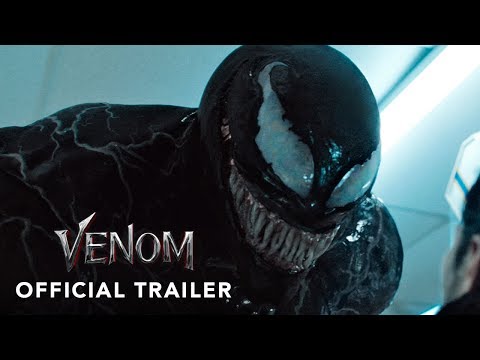