Valerian and the City of a Thousand Planets

This is writer/director Luc Besson’s adaptation of the Franco-Belgian comic book about Valerian and Laureline, a couple of 28th century special operatives on a mission to the species-diverse metropolis of Alpha, where a dark force is threatening not only the city, but the entire universe. (Imagine a way larger, even more visually stunning Star Wars cantina.) Besson’s trademark visual effects and sound editing are truly out of this world – a sheer delight to home theater aficionados and fans of Besson’s 1997 sci-fi spectacle, The Fifth Element. Unfortunately, all that audio/visual awesomeness is saddled with a poorly-constructed story, ludicrous dialogue and chemistry-free casting of Dane DeHaan and the normally charismatic Cara Delevingne, each of whom seems either bored to tears (Delevingne) or under emotional duress (DeHaan) while delivering their lines. What could have been a fantastically fun, innovative sci-fi flick is instead a visually delightful, but cautionary tale about the pitfalls of bad writing and casting. 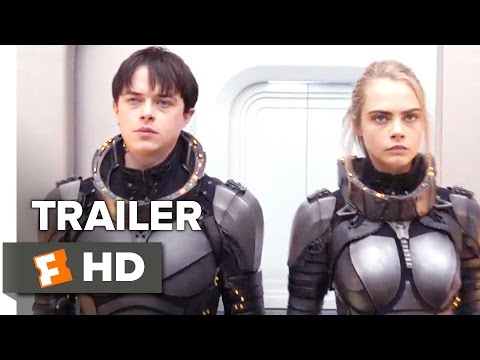