Actor Val Kilmer, who has starred in such iconic movies as Top Gun, The Doors, Tombstone and Batman Forever, now lives with a tracheostomy after surviving a 2015 bout with throat cancer. Known in the industry for being “difficult,” Kilmer uses an impressive lifetime of home videos to tell his life story, in his own unique, unconventional way.

Just the fact that Val features so much behind the scenes footage – much from an era when most people didn’t even know what video cameras were – shows what an innovator the Julliard-educated Kilmer is. With his son Jack serving as his eerily-soundalike narrator, Kilmer meticulously splices his past with the present to create a fascinating collage of his life. We experience the personal tragedies that shaped his obsessive drive as an actor. The editing is incredible, giving us a deeply personal, moving portrait of an artist deeply dedicated to his craft – even if others didn’t always “get” him or his methods.

The footage from the various film sets provides an interesting glimpse inside the moviemaking process and shows the playful side of Kilmer. He easily could have wallowed in self pity over his current condition. Instead, he uses the film as an opportunity for self reflection and joy at his professional and personal accomplishments. While Kilmer himself still remains something of an enigma, his documentary is a refreshingly intimate and unflinchingly honest look at the life of a true artist.

• Kilmer will reprise his role as Lt. Tom “Iceman” Kazanski in Top Gun: Maverick, which is scheduled to hit theaters in November 2021. 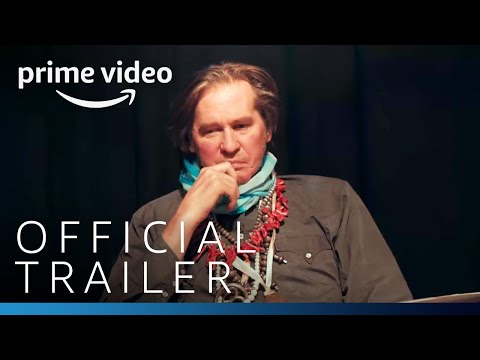