Kelly Clarkson leads a troupe of fellow singers in this animated musical comedy from director Kelly Asbury (Gnomeo & Juliet, Shrek 2) about a group of adorable, quirky-looking dolls trying to compete with their more conventional looking peers (who oddly resemble uniformed prep school students) to be sent to the real world to be loved by children. The mere premise of this film – that youngsters would prefer more adult-looking dolls over these cute plushies is, on its brightly-colored face, simply absurd.

That said, the film’s feeble, toddler-targeted first half is a total snoozefest (seriously, I nodded off for a couple of minutes), feeling more like an informercial for the Uglydoll toys that were created in 2001.  The lack of voice acting experience/enthusiasm from some of the cast of singers (Blake Shelton in particular) is painfully apparent, although some of the voice acting newbies – Bebe Rexha, Charli XCX and Lizzo as the villainous trio of kidnappers and Pitbull as Uglydog – do actually land some funny zingers.

Make no mistake though, it is pop superstars Clarkson and Janelle Monáe (seriously, is there anything Monáe CAN’T do?!?) that carry this film and its celebratory message of diversity and inclusion, belting out some catchy, entertaining tunes in the much better second half to give the film the legs needed to clumsily stumble to a bland but predictably sweet ending.

• Kelly Clarkson and Blake Shelton have both appeared together as coaches on NBC’s reality TV singing competition, The Voice. 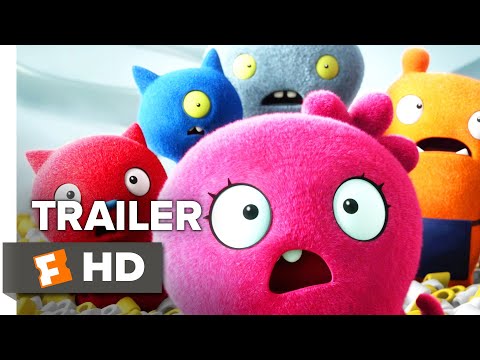