Just in case it isn’t clear from the Captain Obvious title, this is the sequel to South Korea’s wildly popular, 2016 zombies-on-a-train sci-fi/thriller, Train to Busan. Set four years later, a former marine living as a refugee in Hong Kong (Dong-won Gang) leads his brother-in-law and other mercenaries back to the zombie-overrun peninsula. Their mission? Retrieve a truck filled with millions of dollars. What could go wrong?

Of course, the mission DOES go terribly wrong, spiraling into a dimly-lit mashup of Escape From New York, Mad Max and The Fast and the Furious. There’s also a family trying to elude both the zombies and a rogue, murderous militia. And in addition to all of the car chases, CGI zombies and bullets, there is a gladiator-styled arena where humans are forced to flee zombies for sport. The whole film feels more like an action-packed video game than an actual movie.

What made Train to Busan such a hit was its wildly entertaining, character-driven story, taut action, emotional elements and biting social commentary. Sadly, Peninsula has none of that. On its own, Peninsula would be at least a mediocre zombie thriller, but riding the coattails of its superior predecessor actually makes this very average film even more disappointing.

• Train to Busan Presents: Peninsula was chosen to be shown in the Official Selection of the 2020 Cannes Film Festival, which was subsequently cancelled due to the COVID-19 pandemic.

• Train to Busan Presents: Peninsula was filmed in Incheon and Busan, South Korea and Hong Kong. 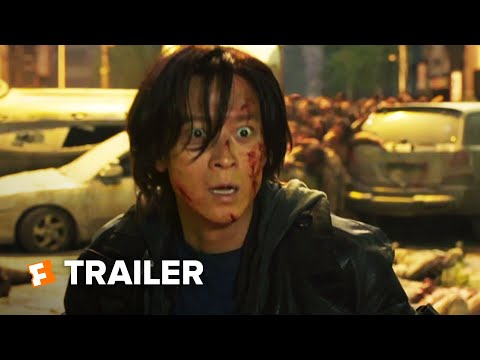