This fact-based documentary from Oscar-winning writer/director Alex Gibney (Active Measures, Enron: The Smartest Guys in the Room) is a damning look at the jaw-dropping incompetence and politicization of the COVID-19 pandemic by the Trump Administration that has led to the catastrophic and unnecessary deaths of hundreds of thousands of Americans.

Filmed secretly over five months, the film, which takes its title from President Trump’s own words, incorporates news footage and interviews with scientific experts and government whistleblowers. It is shocking in its bluntness, reminding viewers in detail of the MANY horrific moments in the chronology of the pandemic, and the individuals who were silenced by the Trump Administration after speaking out.

The comparison of the U.S.’s failed response compared to South Korea’s through management of the pandemic is particularly effective. However, it is the testimonials from America’s front line healthcare workers that are the most gut wrenching, as they describe working with no gear to protect them from the virus. It is particularly upsetting when juxtaposed with the Trump Administration’s rosy portrait of its abysmal efforts to combat the pandemic. This important film needs to be seen by as many Americans as possible – sadly, due to the current politicization of the pandemic the people who most urgently need to see it likely won’t.

On Hulu and Amazon:

• White House Chief of Staff Mark Meadows said on Sunday, October 25th that the United States is “not going to control” the coronavirus pandemic, which has claimed 230,000 American lives and currently is surging again across the nation.

• In 2010, Esquire magazine said documentarian Alex Gibney “is becoming the most important documentarian of our time.” Other films Gibney has produced or directed include Active Measures (about Russian influence over Trump); Going Clear: Scientology and the Prison of Belief; Enron: The Smartest Guys in the Room and Zero Days (about the silent global cyberwar) 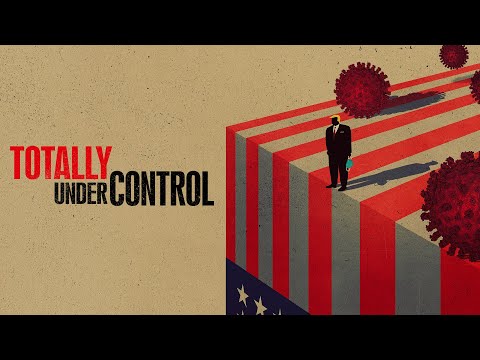