In 1925, Alaskan sled dog Balto became world famous after completing the final leg of a five day, 674 mile, 20 dog team relay to transport lifesaving antitoxin from near Fairbanks to Nome to save the area’s 10 thousand residents from a deadly outbreak of diphtheria. What many people don’t know is that champion dog sledder Leonhard Seppala and his aging, undersized lead dog Togo ran the longest, most treacherous leg of the journey – 200 miles, compared to Balto’s final 55 miles. This Disney movie is their story.

The script from writer Tom Flynn (Gifted) is classic Disney – a heartwarming tale of an intensely loyal dog with the heart of a hero. Director Ericson Core (Point Break) incorporates sweeping vistas and impressive visual effects as Seppala incredulously crosses a harrowing stretch of the never completely frozen Norton Sound. (This really happened.) Seppala, with his team led by Togo, endured severe blizzard conditions with temperatures of -85 degrees Fahrenheit and gale force winds of at least 65 miles per hour on his journey.

Togo features a stirring score, spot on casting both of Dafoe (who bears a striking resemblance to the late dogsledder) and Julianne Nicholson (I, Tonya, August: Osage County) as his strong-willed wife, along with some charming, personality-revealing flashbacks of Togo’s younger, more mischievous youth. All of this helps steer past some clunky dialogue and melodrama, resulting in a surprisingly accurate story that packs quite an emotional wallop. If you are a dog lover, prepare for one big, ugly cry at the finale.

• Leonhard Seppala was known for his humane treatment of his sled dogs, which was rare during that era. After every Iditarod, race veterinarians give the highly-coveted Seppala Humanitarian Award to the competitive musher who takes the best care of his or her dog team. Seppala and his wife Constance, who died in 1967 and 1969 at the ages of 89 and 85, are both buried in Nome.

•.A statue in New York City’s Central Park of Balto commemorates all of the sled dogs who took part in 1925’s Great Race of Mercy.

• Togo was filmed in Alberta, Canada. 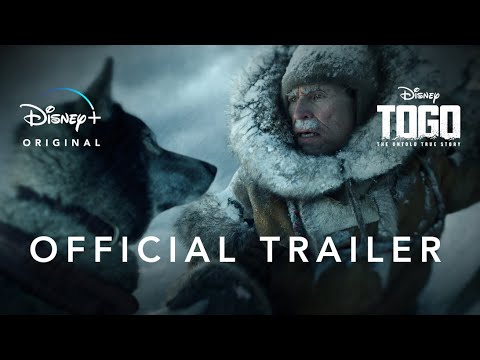