A female serial killer with a titanium skull plate from a childhood car accident seizes on an opportunity to make a new life for herself in this surreal, French body horror/sci-fi drama from director Julia Ducournau (Raw).

In addition to being a serial killer, Alexia (an impressive Agathe Rousselle) also is an exotic dancer at underground car shows. She’s sexually attracted to cars, even becoming impregnated by a Cadillac. (Um… okay.) Leaking motor oil from her breasts and vagina, Alexia disguises her identity, and pretends to be the long-missing son of a steroid-using fire chief (an also excellent Vincent Lindon). Both, it turns out, are fighting physical changes within their bodies. She is fighting that she is not a man, but rather, a pregnant woman with a growing car baby inside her. He is fighting that he is aging.

Ducournau’s trippy body horror, in the vein of David Cronenberg’s controversial 1996 film Crash, is not so much a coherent story as it is violent performance art, exploring the lengths people will go to avoid the harsh realities of life. A lot of it feels shocking for the sake of being shocking, but it is never dull, and showcases compelling performances from its two leads. Titane requires a huge suspension of disbelief – something most viewers will find off putting. But for those few who enjoy trippy, surrealistic body horror, Titane is quite the ride.

• Titane won the grand prize, the Palme d’Or, at the 2021 Cannes Film Festival and was France’s Best International Film entry for the 2022 Academy Awards.

• Titane is the feature film debut for French journalist, model and actress Agathe Rousselle, who also is co-founder of the feminist magazine Peach.

• Alexia and Justine are also the names of the main characters in Julia Decournau’s 2016 debut film, Raw, which is about a veterinary student who develops a taste for human flesh. 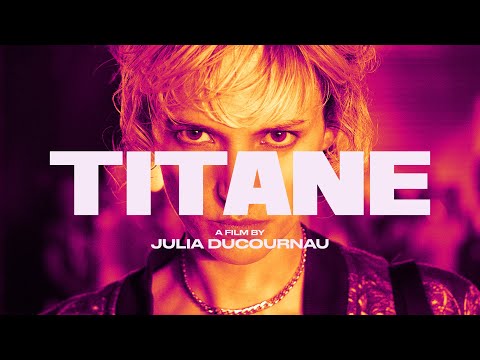