Megan Fox stars in this horror/thriller as a dreadfully unhappy wife who finds herself handcuffed to her controlling husband just as he kills himself the morning after celebrating their eleventh wedding anniversary at their remote lake cabin. She soon discovers her psychotic hubby’s suicide is an elaborate and very sick revenge plot that will result in her death unless she can escape.

First off, you must suspend all disbelief to really enjoy this nail-biter because the story from Jason Carvey is totally bonkers – be it the nutso plot, Fox constantly dragging her dead hubby’s torso up and down stairs or the fact that her makeup is always shockingly on point. But once you do, you are in for a hell of a ride in this wacky, well-paced thriller that feels like a violent, kooky mashup of Gerald’s Game, The Invisible Man and Sleeping with the Enemy.

A cleverly-constructed story, equally clever camerawork and a pretty game, all-in performance from Fox makes this wildly implausible thriller wildly entertaining. In his feature film debut, director S.K. Dale keeps the action taut with carefully timed cliffhangers to keep the viewer’s nerves on edge throughout the film’s second and third acts. And at just under an hour and a half, Till Death doesn’t overstay its welcome.

• Till Death was filmed on a soundstage in Sofia, Bulgaria.

• During the five week shoot, Megan Fox really dragged a Bulgarian stunt man across the floor in nearly every scene. 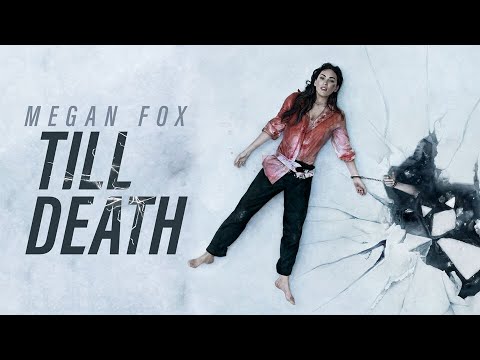