This documentary is the astounding true story about three young men, who in 1980, at the age of 19, discovered they were triplets who were separated at birth and adopted by other families. At the time the story made global headlines as an enthralled public was fascinated at the similarities among the men, even scoring them a brief part in Madonna’s debut film Desperately Seeking Susan (see banner photo above). But over time, the trio and their families – one upper class, one middle class and one working class – discovered deeply disturbing, even diabolical, details about their adoptions. The cleverly constructed film deftly maintains a balance between maintaining a sense of drama and treating the families with respect, as it unveils this sad story and explores the psychological aspects of nature versus nurture. 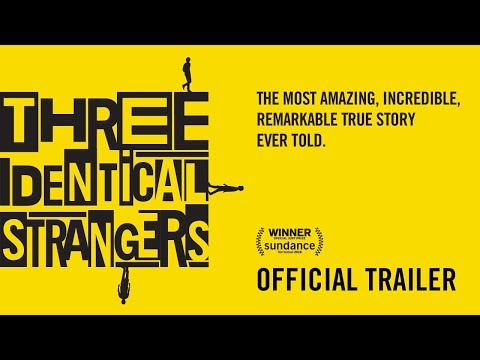