Thelma is a young Norwegian college student from an overprotective religious family. When she  discovers she’s sexually attracted to a female classmate, she also experiences another awakening – of previously unbeknownst telekinetic powers – with disastrous results, in this supernatural thriller from from co-writer/director Joachim Trier.

With nods to such genre classics as Carrie and The Fury, Thelma showcases a cleverly-constructed story, as we learn over the course of the film, and via some surprising twists, that all is not as it seems. The gorgeous Norwegian countryside and a stirring, evocative score help build a  sense of dread within the film’s seizure-prone heroine, played to perfection by Eili Harboe (The Wave), as she discovers the truth behind her past, and tries to reconcile her conflicting desires – to please her parents and also create a life for herself.

Trier, a former skateboarding champion turned filmmaker, succeeds in creating a broody, surreal, coming of age tale, loaded with symbolism and enough nice touches to make it linger with the viewer long after the credits roll.

• Like her character, Thelma, Eili Harbor also attended the University of Oslo, where she studied art history.

• Thelma was Norway’s submission for Best Foreign Language Film at the 2018 Academy Awards. 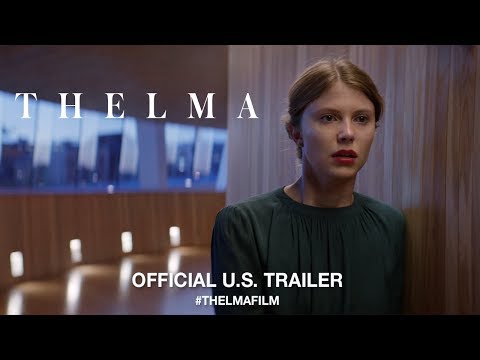