More than a decade after Ireland’s catastrophic Great Famine of the 1840s, an English nurse is summoned to Ireland to verify claims by a deeply religious family that their young daughter has miraculously survived for months without eating. Florence Pugh stars in this mystery/thriller, based on Emma Donaghue’s 2016 novel.

The Wonder examines the deadly lengths some people will go in the name of religion to prove a point. Director Sebastián Lelio’s decision to bookend his film with shots of the soundstage where he shot much of the movie is an odd, distracting choice, in a film further frustrated by underdeveloped supporting characters and a tediously slow-moving story.

But Pugh’s exceptional, nuanced performance, as the nurse who evolves from observer to an active participant in an attempt to save the troubled girl’s life, coupled with gloomy, mood-setting cinematography and an eerily otherworldly score helps make this a haunting tale a compelling one for history buffs and other viewers with the patience to endure its slow pacing. Those who stick it out will be rewarded with a clever, thought-provoking ending.

• The Wonder is inspired by actual stories of “fasting girls” who claimed to survive for months without eating. Some faded quietly into anonymity, while others, when closely monitored, either were exposed as frauds, or worse, starved to death.

• The Irish Potato Famine, caused by a blight that infected potato crops, killed one million people and led to the evacuation of at least another one million, reducing Ireland’s population by 20-25% from 1841 to 1871. 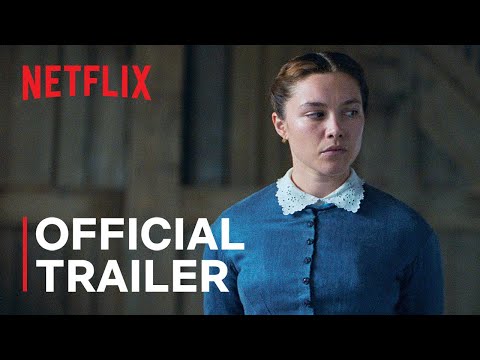