The Wolf of Snow Hollow

When grisly murders start happening during each full moon, pressure increases on the already overburdened, stressed-out deputy sheriff of a Utah ski town to find the killer. His investigation reaches a fever pitch when residents start speculating that a werewolf is on the loose, in this genre mashup of dark comedy and horror/mystery.

Jim Cummings (Thunder Road) wrote, directs and stars in this quirky film, that surprisingly, features an impressively solid lineup of scares and laughs. The dark, tongue-in-cheek humor has strong Coen brother vibes and is everything that the somewhat similar, 2021 horror/comedy Werewolves Within failed to be.  The snowy cinematography in The Wolf of Snow Hollow is top notch, as is the editing, proving that you don’t need a big budget to assemble a good film.

The story does veer off on tangents at times as it explores the protagonist’s personal drama, but Cummings gets a nice boost from his solid cast, led by a terrific Riki Lindhome (Knives Out, Last House on the Left) as the detective who’s always a step ahead of her male coworkers, and Robert Forster (The Descendants) as his sheriff/father who’s struggling with declining health. And with a runtime of an hour and 25 minutes, The Wolf of Snow Hollow has an entertaining and clever twist of an ending that makes it a rare, smart horror/comedy.

• The Wolf of Snow Hollow was the final film for Oscar-nominated actor Robert Forster (Jackie Brown), who died of brain cancer in October 2019, just months after filming in Utah.

• New Orleans native Jim Cummings won the SXSW Grand Jury Award for Best Narrative Feature for 2018’s Thunder Road, about a police officer grieving the death of his mother, the end of his marriage and a nasty custody battle.

• Riki Lindhome was nominated for a Primetime Emmy for Outstanding Original Music and Lyrics for her 2016 Vimeo comedy special, Garfunkel and Oates: Trying to Be Special, about two single women performing satirical songs about their lives. 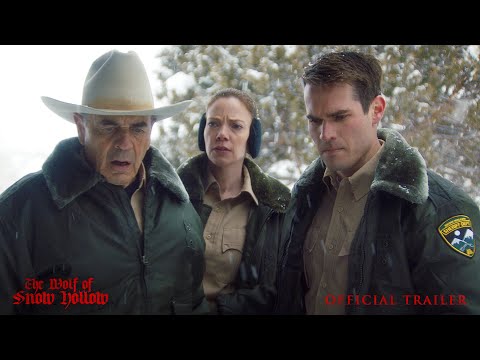