A self sufficient, late 1800s era frontierswoman living with her husband on a remote, wind-battered stretch of American prairie is convinced she is being terrorized by a demon in this rare horror/Western genre mashup. When a newlywed couple moves into a nearby homestead, her fears and sense of dread grow even greater.

Told out of sequence and through a series of flashbacks, The Wind plays up the classic psychological horror trope, ‘Is it a demon or is she just crazy?’ The incessant sound of the wind, sometimes howling and at other times just a constant backdrop, heightens the tension and sense of paranoia.

Thanks to a committed performance from Caitlin Gerard (Insidious: The Last Key) and the vision of director Emma Tammi, The Wind is a stylish, interesting character portrait that is visually compelling, entertaining and creepy, despite a few confusing time jumps and a handful of scares and hokey visual effects that miss the mark. Others, however, are very good.

• Prairie madness, or prairie fever, was a very frequent condition among settlers of the American and Canadian West during the 1800s. Triggered by extreme isolation and harsh living conditions, symptoms included depression, withdrawal, changes in character and habit, and violence.

• The Wind was filmed at fashion designer/filmmaker Tom Ford’s Cerro Pelon Ranch, about 30 miles south of Santa Fe, New Mexico. More than 30 productions have been filmed there, including Silverado, Lonesome Dove, 3:10 to Yuma and Thor. 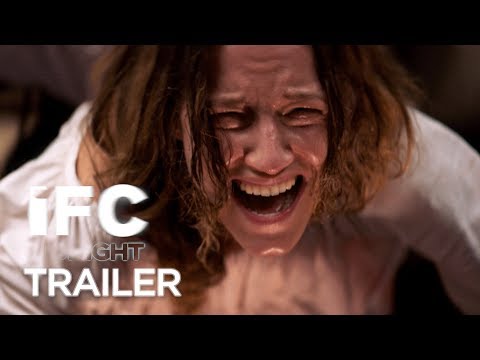