Ben Affleck stars in this drama about a one time high school basketball star who is now an emotionally-hobbled, functioning alcoholic construction worker. When he reluctantly accepts a job coaching the struggling, undisciplined basketball team at his alma mater, he finds new inspiration and motivation to turn his life around. As his team starts winning, will he get a final shot at personal redemption?

Director Gavin O’Connor, who also worked with Affleck in 2016’s action/thriller The Accountant, gives us a story that, just when it looks like another sweet, inspiring, run-of-the-mill Hoosiers-styled cliché, takes a left turn into something completely different – something that is actually pretty awesome in its gritty authenticity, with elements mirroring Affleck’s own real life struggles with alcoholism and depression.

With assists from Janina Gavankar (The Morning Show, True Blood) as his soon to be ex-wife, and Michaela Watkins (Brittany Runs a Marathon, Big Mouth) as his concerned sister, Affleck gives one of the most compelling performances of his career. It is gut-wrenching as details of the coach’s heartbreaking backstory are gradually revealed.

An emotionally-stirring score from composer Rob Simonsen (Love, Simon, Gifted) helps pack  emotional wallops into this relatable tearjerker about the impact that just one person, be it good or bad, can have on the lives of others, and the hard work required for truly meaningful personal redemption. The Way Back is a winner.

• The Way Back mirrors Ben Affleck’s own personal struggles with alcoholism, depression and his failed marriage to actress Jennifer Garner. He recently told The New York Times the biggest regret of his life is his 2018 divorce.

• The movie’s original title was The Has-Been. Can you imagine any actor wanting to appear on THAT movie poster? ? 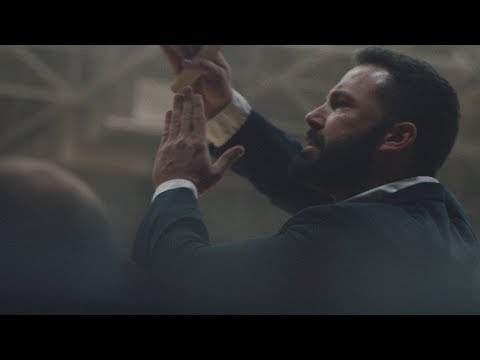