Nicole Kidman and Hugh Grant star in this crime thriller mini-series on HBO Max about an upper class family in New York City whose high profile, idyllic lives quickly unravel following the death of a seemingly casual acquaintance. Directed by Susanne Bier (Bird Box), the six episode whodunit from David E. Kelley (Big Little Lies) is based on the 2014 novel “You Should Have Known” by Jean Hanff Korelitz.

Kidman and Grant are perfectly cast as Grace and Jonathan Fraser and the story is quite the riveting pot boiler. The shock of finding out a loved one may not be the person you thought he/she was, is the height of psychological horror – and The Undoing captures this head-spinning emotional trauma exceptionally well. You will also enjoy it more if you overlook some of the highly unlikely plot twists and unrealistic courtroom theatrics or haven’t already seen the all too similar AppleTV+ crime drama series, Defending Jacob. (The Undoing is the better of the two.)

The Undoing features slick production values and a powerhouse ensemble cast. Among the standouts: Donald Sutherland as the family patriarch, Edgar Ramirez as the lead detective, Noma Dumezweni (Normal People, Mary Poppins Returns) and Sofie Gråbøl (The Killing, Fortitude) as the dueling attorneys, and Lily Rabe as Grace’s bestie and legal busybody. That ending is a shocker!

• Listen carefully to the opening song, “Dream a Little Dream of Me.” That’s Nicole Kidman singing.

• Rosemary Harris (Jonathan’s estranged mother in Episode 5) was Aunt May in the Spider-Man films from 2002-2007. 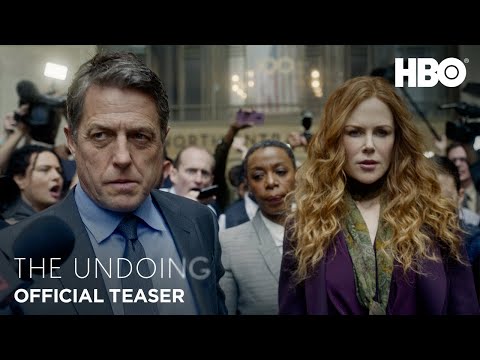