The Unbearable Weight of Massive Talent

Nicolas Cage plays a fictionalized, more self-absorbed version of himself, Nick Cage, in this comedy/adventure in which a trip to Mallorca results in the actor becoming a CIA asset, to help capture a superfan who is also suspected of being the head of a Spanish crime family.

Cage leans into the goofy, self-referential meta comedy, delivering a gleefully silly and fun performance alongside an equally game Pedro Pascal (The Mandalorian) as the superfan with ties to organized crime. This is one of those films that could have bombed terribly, but co-writer/director Tom Gormican always keeps the tone just right, loading the story with lots of fun fan-pleasing Easter Eggs that pay homage to Cage’s wide-ranging body of work. Some of the films will surprise you.

Yes, there are some corny moments of slapstick humor. And some of them don’t land. But thanks to Cage, Pascal and a strong supporting cast which includes an always-excellent Sharon Horgan (Game Night) and Lily Mo Sheen as Cage’s ex-wife and daughter, and Tiffany Haddish and Ike Barinholtz as the CIA agents, enough of them do land to make this silly comedy a delight.

• Nicolas Cage originally wanted to play the role of superfan Javi, believing it would be even more meta (and hilarious), relenting only when learning Pedro Pascal had been cast.

• This is the third movie collaboration between Tiffany Haddish and Ike Barenholtz, after 2008’s Meet the Spartans, 2018’s The Oath and 2019’s The Lego Movie 2: The Second Part.

• Lily Mo Sheen is the daughter of actress Kate Beckinsale (the Underworld franchise, The Widow) and actor Michael Sheen (Passengers). 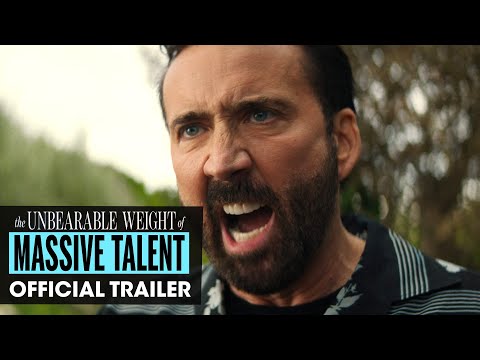