After their young son dies in a tragic car crash, his distraught family moves from New York City to remote, northeastern Finland to start a new life. But the mother soon starts to discover increasingly unsettling things happening around her, in this horror/mystery.

Flanked by well-done cinematography and an effective score, Australian-born Teresa Palmer (Lights Out, Hacksaw Ridge) gives an all-in performance in this broody horror set pre-2001. The problem with The Twin is the script from Finnish director Taneli Mustonen (Lake Bodom). It is a pretentious hodgepodge of throwaway, and even offensive, tropes – among them, equating paganism to Satanism. Another is the pre-9/11 inclusion of New York’s World Trade Center in some sort of strange twin link to his narrative. It is seriously weird and makes no sense.

With The Twin borrowing so heavily from so many better films – Midsommar, Rosemary’s Baby, and The Others, just to name a few – most viewers will find playing “spot the rip-off” way more entertaining than trying to follow this frustratingly confusing, insipid plot. The totally nonsensical story has only one intention – to drag the viewer to its big, twisty reveal – a reveal that is neither all that surprising and requires an exhausting recap of events once it is finally unveiled. (Tip: If you have to explain it that much, it doesn’t work.) British TV star Barbara Marten, however, is the lone, terrific standout in this otherwise spectacularly dull, dreary horror mystery.

• The Twin was filmed in Finland and Estonia.

• Teresa Palmer, Stephen Cree and Barbara Marten all previously appeared on the British fantasy TV series, A Discovery of Witches. 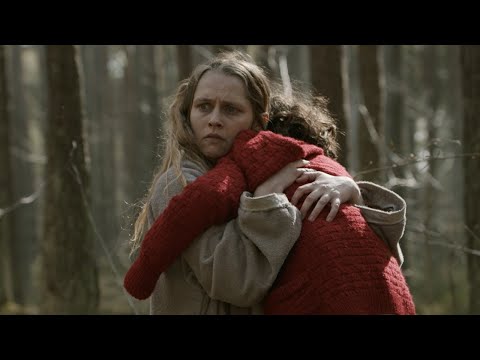