A war veteran turned mild-mannered high school science teacher (Chris Pratt) is drafted to help save humanity in this time travel sci-fi/thriller, after soldiers from the year 2051 appear through a time portal, warning the planet of a future alien invasion that is wiping all of humanity from the face of the Earth.

There is a LOT going on in The Tomorrow War, which feels like what you get when you toss the 2014 Tom Cruise/Emily Blunt sci-fi/action film Edge of Tomorrow into a blender with Starship Troopers, World War Z, Interstellar and Independence Day and press purée for a few hours. The story has all of the expected clichés and human interest stories. Screenwriter Chris Dean (24 Hours to Live, Deadfall) even makes an interesting point about the perils of global warming.

Pratt’s performance consists of lots of generic pointing and shooting while pining over his wife and daughter back in the present. Yvonne Strahovski (The Handmaid’s Tale) is a one-woman Debbie Do-It-All – she is a leader, a badass soldier, a brainiac scientist, and – well, you get the idea. Betty Gilpin (The Hunt), Oscar-winner JK Simmons (Whiplash) and Sam Richardson (Werewolves Within, Veep) round out the main cast with Mary Lynn Rajskub (Chloe from the series 24) showing up as a civilian turned machine gun toting warrior. Solid acting and direction by former animator Chris McKay (The Lego Batman Movie, Robot Chicken) give this kooky, character-driven action story at least some believability.

And although the word nonsensical doesn’t even begin to explain this sci-fi/action blockbuster, there are worse ways to kill two and a half hours. This is a movie to be enjoyed with the volume turned up loud in a jazzed up home movie theater. There is tons of action and the visual effects and alien monsters are actually pretty impressive. Although the over-long story starts to wear out its welcome by the two hour mark, The Tomorrow War is still an entertaining, highly ridiculous crowd pleaser.

• Filmed in Atlanta and in Iceland, Paramount Pictures initially planned The Tomorrow War for theatrical release but after the COVID-19 pandemic hit, sold the film to Amazon for a whopping $200 million.

• Yvonne Strahovski was one of several actresses who was on the short list to play Carol Danvers in the 2019 Marvel film Captain Marvel – a role that ultimately went to Oscar-winner Brie Larsen (ROOM). 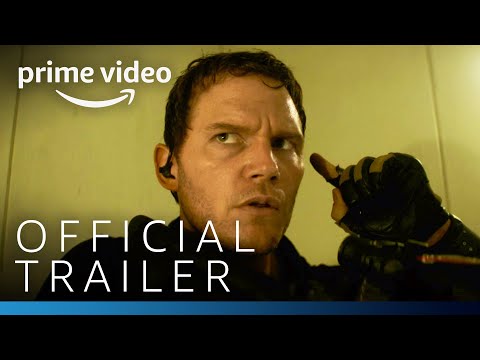