The Spy Who Dumped Me

Best friends Audrey (Mila Kunis) and Morgan (Kate McKinnon) find themselves fleeing Los Angeles for Europe, after Audrey’s ex-boyfriend shows up on the heels of his text message breakup, revealing he is a spy with deadly assassins on his trail.

Co-writer/director Susanna Fogel’s story has all the surprisingly well-choreographed stunts, car chases and plot gyrations of a standard spy thriller, but with a truly hysterical twist, as the two besties find themselves in one wonderfully silly scenario after another. The on-screen chemistry between Kunis and McKinnon is undeniable and thoroughly entertaining, with McKinnon in her element as the fearless friend with no filter between her brain and mouth. Despite being a tad bit long in the second half, the film, reminiscent of the 2015 Melissa McCarthy comedy Spy, is so loaded with clever dialogue and belly laughs that you’ll be chuckling long after you leave the theater. 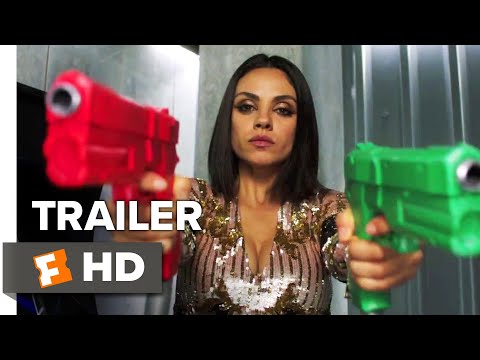