Blake Lively stars in Mark Burnell’s film adaptation of his 1999 novel about Stephanie Patrick, a young woman who seeks revenge after discovering that the death of her family in a plane crash was a terrorist attack. A sexy Jude Law plays a former MI6 agent/mentor who teaches her to control her “rhythm section” – her heart rate and breathing – to hone her sharpshooting skills.

Ok, let’s begin by addressing the sheer implausibility of an Oxford student turned junkie/prostitute turned femme fatale assassin. It’s only a slight twist of the premise of Point of No Return, plus the motive for a freelance journalist to contact said hooker makes absolutely no sense. But with that suspension of disbelief tidily set aside, a more grubby looking Lively actually makes for a pretty convincing assassin, largely due to her character’s total incompetence. Seriously, she makes Spy’s Melissa McCarthy look like a total badass. (We’re looking at you, scene with blind villain huffing oxygen!)

That said, there is only so much that an effective Lively, a handful of exotic locales, and Hans Zimmer’s fast paced score can do, to try to overcome a second rate Jason Bourne ripoff that grows more convoluted and bonkers with the introduction of each new villain. (The only thing missing from that car chase scene in Tangier is Julia Stiles.) Still, as much as it fails to catch a beat, The Rhythm Section is still a silly, mindlessly entertaining performance.

• Release of The Rhythm Section was delayed for nearly a year, due largely to a hand injury Blake Lively sustained during filming. 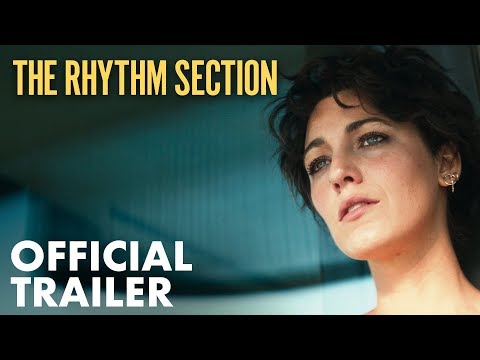