Nine months after being traumatized by a horrific tragedy involving her sister, a woman embarks on an ocean kayaking and diving adventure with her other sister and two close friends in the South Pacific. But her PTSD is triggered when an insatiably hungry great white shark starts attacking them, in this horror/thriller on AMC+ and Shudder.

Human drama – namely, overcoming trauma and PTSD – gets equal billing with the shark, in this sequel to writer/director Andrew Traucki’s pulse-pounding 2010 shark thriller, The Reef. But with all new characters, The Reef: Stalked really is a sequel in name only. Just as he did in its excellent predecessor, Traucki again utilizes actual shark footage to help build suspense, but while the action in the prior film was relentlessly nonstop and terrifying, his sequel comes up a bit short, with an overreliance on thinly drawn human drama, silly jump scares and at least one scene showcasing some laughably fake-looking CGI.

Drawing parallels between sharks and abusive men, Traucki clearly aims to make a more cerebral shark thriller. But his characters are so thinly drawn that, like the leaky boat they end up in, it just doesn’t float. All the unfortunate circumstances – a paddle just out of reach, a faulty boat engine, and a ridiculously implausible climax – add to the absurdity. But at least the suspense and the cinematography are adequate as we wonder who this irrationally ravenous shark will attack next. If you do watch it, do so in the dark with the sound turned up. 🦈

• It is unheard of for the same great white shark to attack multiple people in one day.

• Teressa Liane, the Melbourne-born star of The Reef: Stalked, is best known for her role as ruthless heretic Mary Louise on The CW’s The Vampire Diaries and Angelica on AMC’s Into the Badlands. She got her big break on the Australian series Neighbours.

• In addition to The Reef and The Reef: Stalked, writer/director Andrew Traucki’s film credits include 2007’s Black Water and 2012’s The ABCs of Death. 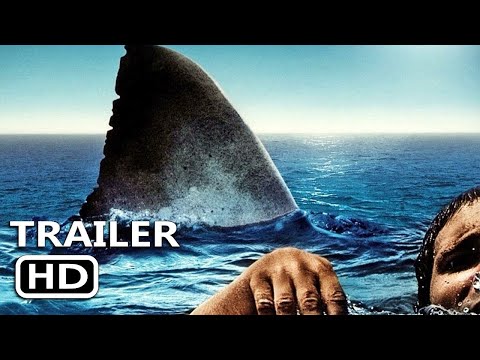