When a troubled, former music prodigy (Allison Williams) tries to resume her career playing the cello after a decade of caring for her terminally ill mother, her decision to reconnect with her mentor and his new prodigy results in some totally bonkers, gore-splattered psychological horror from co-writer/director Richard Shepard (Girls, Ugly Betty).

This innovative, cleverly-constructed story is a non-stop thrill ride – an anxiety-inducing head trip. Williams (Get Out), Logan Browning (Dear White People) and Steven Weber (Single White Female) all deliver just the right balance of cunning and savagery to make this off-the-rails story work.  Just when you think you have processed the shocking, mind-blowing drama that has just unfolded, new details are unveiled to completely altar your entire perspective of what just transpired, setting the story on a completely new and unexpected trajectory in the process.

The only disappointment – a jarringly ridiculous and out-of-place graphic final scene that cheapens the sleek coolness of the rest of the film. Still, it’s so good, you may just find yourself watching it again. Just don’t eat while you do.

• Steven Weber got his big acting break, first in the daytime drama As The World Turns, then on the popular NBC 1990 comedy series, Wings.

• Atlanta-born Logan Browning is the star of the Netflix TV series Dear White People, adapted from the 2014 comedy-drama film about escalating racial tensions at a prestigious college, told from the perspective of several black students. 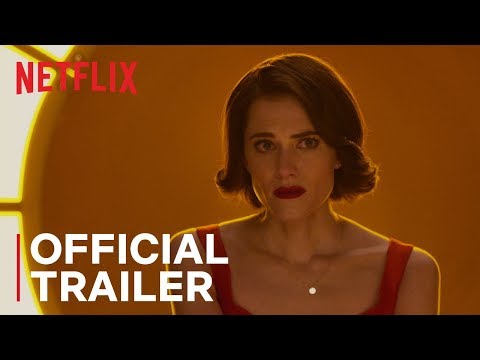