Zak is a young man with Down syndrome who dreams of one day becoming a professional wrestler.  When he runs away from his nursing home in North Carolina’s Outer Banks to find the pro wrestling school he’s seen advertised on an old VHS tape, he meets Tyler (Shia LaBeouf), a roguish, small time bandit who becomes his friend and wrestling coach. Their journey through the coastal marshlands sets in motion a modern day version of Mark Twain’s iconic “Huckleberry Finn.”

There are two standouts that make this sweet indie dramedy work – LaBeouf and Zack Gottsagen, in his big screen debut. From their frank dialogue to their unspoken, poignant moments, the onscreen chemistry of these unlikely buddies on the lam adds an air of believability to a story that easily could have slid into the realm of eye-rolling sappiness. Even the normally wooden Dakota Johnson (Suspiria) delivers a solid performance as the social worker surprised at what she discovers when she finds them.

The story from writer/directors Michael Schwartz and Tyler Nilson, with its cinematography and folksy characters, is clearly a love letter to the coastal community. It does have some slow spots and at times slips into cartoonishness, but those are more than offset by all of the subtlety sweet, lump-in-your-throat moments as we witness the evolution of a self-destructive loner whose new buddy brings out the hero inside of him.

• Writer/directors Michael Schwartz and Tyler Nilson began their journey with Zack Gottsagen eight years ago, when they discovered him at a camp for disabled actors in Venice, California.

• Ben Foster (Leave No Trace, Hell or High Water) was originally cast as Tyler but offered it to LaBeouf when he dropped out to spend time with his pregnant wife, Laura Prepon (The Hero) and their child.

• Oops! During filming in Savannah, Georgia, Shia LaBeouf was arrested and charged with public drunkenness. He worked for a month on a crab boat to prepare for the role. 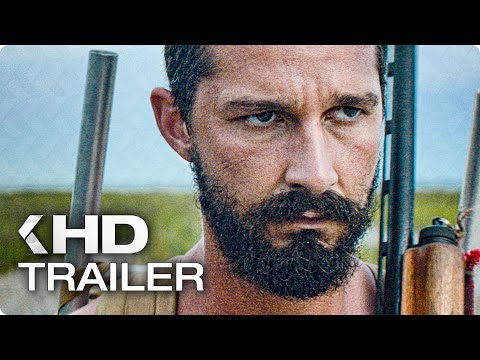