Years after witnessing the exorcism of her mother while a child, a journalist returns to her hometown near Veracruz, Mexico to work on a story about witchcraft. There, she is kidnapped by group of locals. Their claim – that she is possessed by a demon that must be exorcised.

This psychological horror has our journalist (an excellent Brigitte Kani Canales) in captivity pretty early on, with flashbacks revealing the events that have led to her capture and pending exorcism. Viewers paying attention to a few early clues will figure out the first reveal – it’s actually pretty plausible and cleverly done.

Incorporating Latin American folklore and mysticism, The Old Ways features some effectively disturbing body horror, trippy hallucinatory imagery and a healthy dose of symbolism. The visuals are very well done. Unfortunately, the film’s more gimmicky final reveal in the last twenty minutes diminishes what until that point, was a pretty solid, albeit not always scary or even coherent story.

• The Old Ways director Christopher Alender and writer Marcos Gabriel also work together as a director and writer on the Muppets Now series on Disney+. • The Old Ways star Brigitte Kali Canales grew up in Miami and in addition to acting (Fear the Walking Dead), was previously a VJ on MTV3 (now MTV Tres), the network’s bilingual music channel.

• The Old Ways was filmed in Burbank, California and Camuy, Puerto Rico. 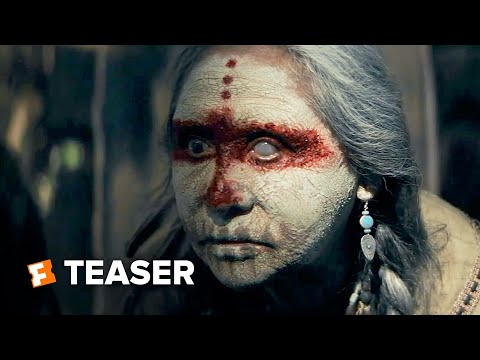